Although Microsoft’s Nokia 215 is in the CES 2015, the phone is not really about innovation but more on affordability with internet capability.. 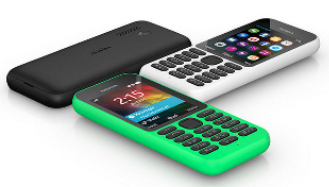 Other than those, it’s pretty basic. Like regular phones, it could make and take calls as well as text. Got some music features, too. And altho its got bluetooth but since it’s not an Android – you can’t really download apps. 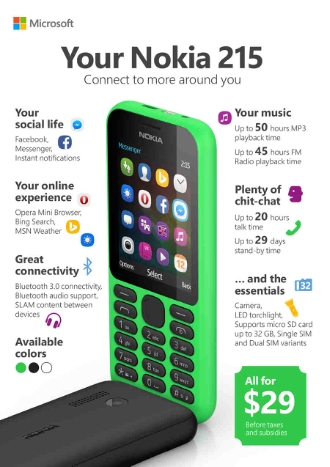 Then again, that’s okay. For one, the phone was especially designed for the developing world and the budget-conscious. So, as long as it does its job – well and good.

Besides, it has a camera and a 2.4 inch screen – that’s already quite good for a 2G smartphone. More so, just take a look at its casing – sleek and cool colors – stylish, eh?!