Is there anyone who does not like James Bond? Hmm… perhaps a few.

As we know, James Bond films are known for its gadgets, women, and dashing portrayers. Yet are all these actors the debonairs they should be?

Save for Barry Nelson (the very first actor to play 007) and David Niven, both of whom starred in different versions of “Casino Royale”, there are actually only six actors that were called 007 in movies all these years. And they are Sean Connery, George Lazenby, Roger Moore, Timothy Dalton, Pierce Brosnan, and the latest of whom is Daniel Craig.

Then again, have you seen each one of them in their portrayals?

I suppose only a handful has, if ever. And if you would now, of course, you’d notice the big difference in as obvious as its “screen resolution” among others.. if we are to use ah, computer terms.

Thus, the set and filming can not be the basis for an “A+” movie rating. Technology is just one big factor. And more than the story, since we all expect it to be full of action, suspense and romance – it simply boils down to the appeal of the actor himself as the most defining element in a James Bond movie.

Our All-time Top 3 choices – Sean Connery, Roger Moore and Pierce Brosnan – with Brosnan as probably the best ever 007 to walk the screen. While the worst, unfortunately, is no other than the latest – Daniel Craig. There’s just simply no appeal whatsoever that possibly the only reason people flocked the cinemas is the title itself – just because it’s a James Bond film. That’s it.

Hopefully, in 007’s next installation, the Bond that is chosen would be as suave and chic as James “Brosnan” was. 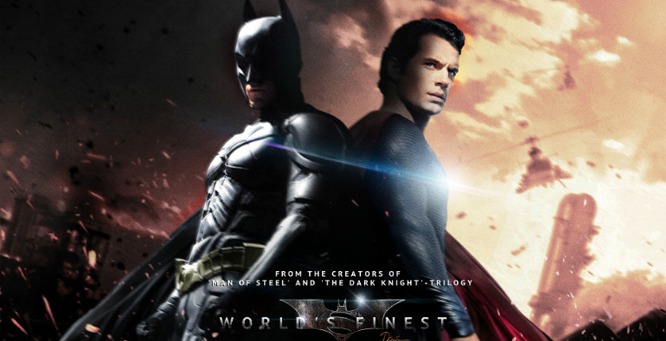 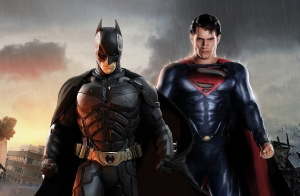 Reason: Ben Affleck who is playing the role of Batman reportedly hurt his leg. And as he said they want to do it right, so they are not taking any chances. Could be the stunts, huh? Or could it be that Warner Bros. is contemplating on bringing in the Justice League?

Nonetheless, thinking about it..

The “caped crusader” and the “man of steel” in one movie. Oh! Isn’t that great?!! Movie-goers all over the world must be pretty excited about the movie that hearing this delay may have resulted in, well… a sigh.

Actually, the movie is said to start with Batman at odds with Superman because of… should we call it, “territorial” dispute? Then again, of course, they eventually end up being on the same team. After all, their real enemy is crime, bad people and stuff. You should know that.

Obviously, to put any two superheroes together, the plot would expectedly center around “territory” before responsibility. Unlike if it’s a team of superheroes – they would more of operate on vision, maximizing their powers, and teamwork.

And so, this is what makes this movie interesting.. if these two superheroes were to have a spat and fight, who would win? Many would favor Superman, of course. Hey, only kryptonite could kill him, right? But then, wait. Superman is said to be younger, and Batman, the more experienced warrior. So, it’s gonna be a battle of wits rather than brute. Ah, real interesting, eh?

Overall, what could further spice up this film, more than having human love interests, is the inclusion of Wonder Woman. O, really? Ah..

In this part of the world, although both the old and the new Spiderman films did well at the box office, there are still those who would prefer the old “Spidey.”

For one, “The Amazing Spiderman” has “weaker” powers. Like, he still has to externally manufacture (steals from a company and sticks it to his watch) his own web as it does not come out from his wrist.

And because of this web thing, of course, the whole story changed. Well, it’s okay to be creative in story telling but those attached to the movie looks for some “continuity.”

You know, aside from wondering about the usual actor who portrayed Spiderman, it’s also what happened to MJ and things like that?

So, “The Amazing Spiderman” as it is.. is a totally different package which is more appreciated by older viewers (say, 18 to 26) as today’s generation especially likes a brusque lead and that suits Andrew Garfield.

On the other hand, Tobey Maguire has more of a “boy-next-door” kind of an image which endears him particularly to the more bashful of personalities.

As for the younger ones, like high school kids and especially children? Well, they do not really care who portrays “Spiderman” than they do for his powers. After all, it’s a fantasy film.

In all, Spiderman had a successful trilogy with Tobey and perhaps it’s time to move on with Andrew. Just make “The Amazing Spiderman” a bit more “Spidey.”