With just about 4 games left for most teams, this year’s PlayOff hopefuls are still in a very tight race – both East and West. Wow!

Fighting for 8th spot at the Western Conference are the Pelicans and the Thunder with identical 42-36 win-loss records. On the East’s side, while the Bucks hasn’t officially secured the 6th playoff spot, they obviously have one foot in the door being 2 games up from their nearest pursuer. Same goes with the Hornets, however, on the opposite end as they got one foot out being 3 games down for a possible 8th place.

So this means, the real battle are among the Celtics, Nets, Pacers and Heat for the 7th and 8th playoff spots.

While fans have their own favorite players and teams, a good first round series really lies in having a lower-seeded team capable of challenging its playoff matchup. Otherwise, that would just be a bore.

Then who do you think could give the Warriors a good fight – the Pelicans or the Thunder?

Hmm… if only Durant and Ibaka were around, the Thunder could even “upset” the Warriors – but they’re not. This means, a Davis-led Pelican team would be more intriguing to watch – what with this postseason action potentially being Davis’ first playoff appearance!

How about the East?

Guess it would be nicer to watch Paul George at this point of his return than Isaiah Thomas whose effectivity could be cancelled out by Jeff Teague. Who’s the Celtics next weapon then? They’d just end up walloped by either the Hawks or the Cavs.

What about the Nets and the Heat?

While Lopez and Williams are playing well, Johnson is not. Plus they don’t have Teletovic to help them out while Plumlee is still limited in his skills. So I say, Lopez and Williams would have a harder time sustaining their recent good games – than for the Heat to play with more heart.. Wouldn’t it be nice to see a Cavs-Heat matchup?

After all, the Heat has got deeper experience as well as the players to give either the Hawks or the Cavs a real run for their money – that is even without Chris Bosh in the lineup. 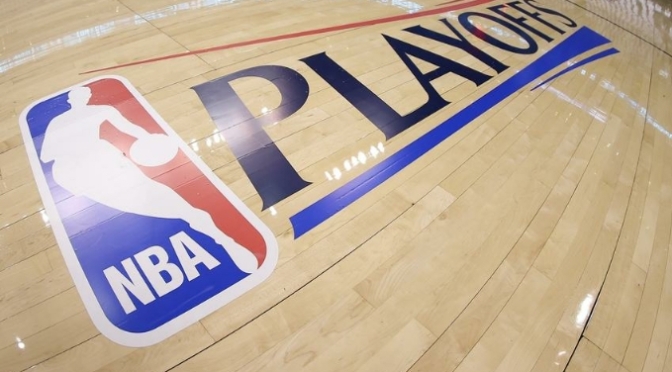 The regular season is over and so is the first day of the 2014 NBA playoffs. And the results – a couple of mild surprises as well as 2 expected results.

Though the Clippers are favored over the Warriors, Golden State without defensive anchor Andrew Bogut managed to squeeze a win against L.A. in L.A., 109-105. Our prediction: Clippers would still win the series if they don’t lose their head.

Next. They’ve gotten their home court aspirations but still the playoff atmosphere did not seem to have any effect on the Pacers as they lost their opener against a gritty Atlanta team led by Jeff Teague, 101-93. Our prediction: Indiana would still manage to turn it around and make the semis, just fix their passing especially if they want to go deep into the playoffs.

OKC strikes down the Grizzlies, 100-86. It’s just their first game though, Memphis is a capable team, so expect them to bounce back. Our prediction: If Westbrook stays healthy and aggressive, the Thunder should get to round 2.

And finally, as expected, Brooklyn won over Toronto, 94-87 – by far the most interesting game on the playoffs’ first day. So, let’s talk a little about this game.

Okay, Toronto maybe younger but they are not going against naive dinosaurs – they’re up against talented veterans who knows how to control the pace, handle the ball well, and when to take their shots.

Of course, it’s just game one, anything can still happen in the series even for just theatricals.. And that’s what makes the playoffs not only exciting but entertaining.

For this series, and even before the start of the game, there was drama.. tell you later.

Moving forward, we saw a technical on an intense Garnett, oh, nothing unusual though he should watch it. But for the shot clock to go down and leave the PA do the countdown is a different thing. How can you count .7 of 2.7 seconds? 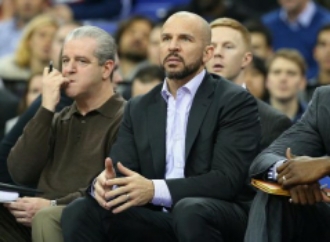 Anyway, during the lull in the shot clock issue, we also overheard Nets’ coach Jason Kidd asking the referee if he could allow his players to do some layups while waiting because they’re older. Funny, huh? Well. Cute.. and clever. Guess that wish should be okay.

And as said earlier, before the games, Raptors’ general manager Masai Ujiri shouted invectives to pump up the Toronto crowd which obviously caught the social media’s attention. Pretty intense, eh?!

Well, such is quite understandable in competitive sports.. what’s important, apologies have followed though it won’t change our prediction: The Nets are probably the Heat’s biggest stumbling block to enter the Finals. The Pacers? If and when they beat the Hawks, they might not win against a tough Bulls team.. if ever.