Hmm… How about some action on the runway? The fashion runway. Sometimes it’s better, huh, as you get a glimpse of those outfits in 360 degrees. And so for this issue, let’s take a peek at some highlights of the 2015 Mercedes Benz New York Fashion Week..

Look at ’em Fall clothing, many of them could actually be ‘worn’, well, that’s if you could afford it. Otherwise, you could wear some similar styles, you know.

Wanna see something creative? Well, today we are gonna feature some ‘ingenuity’ that could actually save you girls some money. Yeah, that’s right. And it’s about making a sports bra out of men’s underwear..

One. Don’t use a dirty or worn out underwear, it would only make you look lousy and worse, gross. Two, if you want to buy a ‘new’ men’s underwear to convert it to a sports bra, why would you?! Ha! Nah, it’s okay if only to be creative. See, in some cases, men’s underwear may even be cheaper than a sports bra. Three, try to cut neatly to make the transformation more ‘appealing’. Otherwise, see if you could stitch lightly.

And speaking of ‘appealing’, don’t worry that you’re actually wearing a man’s underwear for a sports bra unless you just wanna show off (for then, people would surely notice the bra’s ‘crudeness’ more than its ‘ingenuity’), or unless you ‘cross’ any of the three reasons previously mentioned.

In the end, be confident. It’s still a wonderful creation. 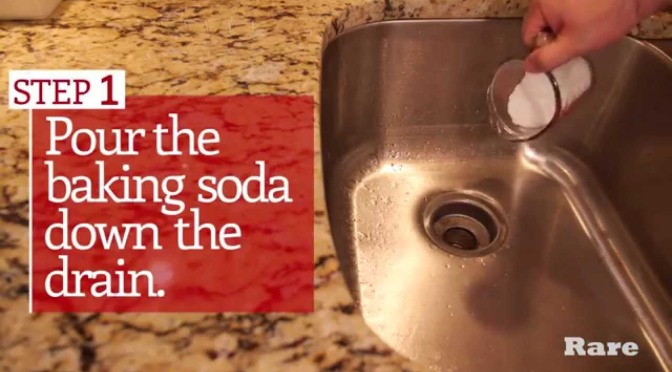 Here’s something many of us must have experienced.. A clogged sink. And what do you do? Prick it with a long stick? Or what, call a plumber? How about unclogging your sink without utilizing either?

Let’s then see what Rare Life has in store for us..

Hmm… just vinegar, baking soda and boiling water – and your sink is unclogged. Well, it pays to be attentive in school! Just don’t forget the 15 minute waiting period..

Think all rice-like grains are “real” rice? Apparently, it’s not. Then exactly how do you know if the rice in front of you is fake or not?

Well, let’s then take a look at some videos to give us some light..

So, did you get any tips? Nothing. Guess the lesson in that one would be to improve or make clear ’em key points when giving tips..

Oh, so that’s what “fake” is. Rice doesn’t spoil. Looks like styrofoam when cold. Water comes out when pressed. It doesn’t stick to fingers like ordinary rice. And it smells like sweet potato when burned.

Still, be careful also on what is spreading as plastic rice.. 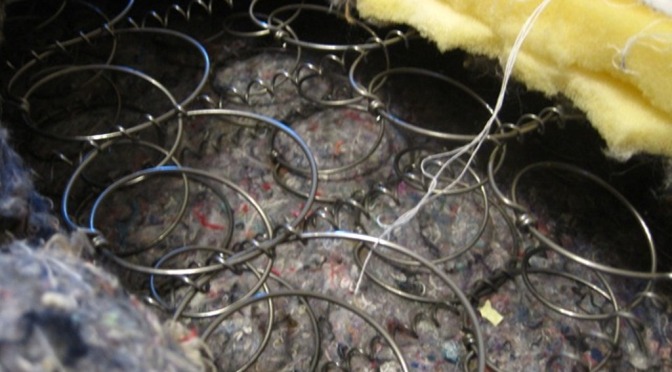 Here now are a couple of videos submitted to us over the week; oh, and what you are about to see are some dirty tricks by some businesses that just happens to be in.. Russia. Yup, for it could happen and could also be anywhere in the world – so consumers, beware!

Oh! An old mattress turned new by just replacing the covering. Well, while we know this could be possible, guess it would be pretty tough for buyers to determine the fraud unless we tear off the mattress itself. But, would any buyer who spent hard-earned money even dare think of tearing their “brand new” mattresses?

There must be a way but for now, all we could hope for is a conscientious seller..

This video is said to be about increasing revenue and what buyers will never know..

Hmm… Do you have an idea of what’s exactly happening? At least a hunch? It’s a fruit stand, yes. But whether the vendor is cheating on her scale or including some bad fruit – don’t you think she’d be caught one day? No? Then why the video?

The power of technology is in our hands now, it’s just a matter of using it not just for selfies..

It’s been over a week now since the collapse of Ayala Center Cebu Cinema 5 but its traumatic experience last June 15 still lingers especially among the Cebuanos. As reported, among the 350 who attended the launching and team building event by Dreamscape Networks – at least 6 got hurt in the incident where 1 was brought to the hospital and another treated for hyperventilation when the ceiling overflowing with water collapsed..

Oh my, it must have really been scary, huh? Yes, even for those outside the theatre who heard the news might have even thanked all the saints for saving them from the accident.

What happened then? The cinema, in fact, was said to be the newest among the Ayala cinemas as it opened just last December 2013. So?

Well, just looking at the video alone, we could only speculate. Could there have been some roof cracks that when it rained hard the water leaked to the ceiling? Or were there cracks in the pipes? Or maybe some air-conditioning problems perhaps? What?!? Well, we got to turn all stones you know.

But the bottomline is still.. Obviously, the cinema was poorly constructed. Otherwise, maintenance was just not in sync – ’cause how could such a thing happen? Should we now worry that other Ayala cinemas or even those within Cebu could be poorly constructed as well? How about the malls itself, don’t you think the Ayala administration should also start checking their structures?

Maybe it’s time for the city government to review those permits and penalize those responsible for its issuance and all.. hmm… Should you start by looking at the mirror? Oh well..

Many of you may have already seen our featured video as it’s been trending recently; in fact, over 3M YouTube views already. Well, we’re talking of no other than Starbucks Manager with Anger Management Issue..

Yup, the terrible experience Ruby Chen had with Starbucks Elmhurst Store Manager Melissa last May 12 of this year. Let’s check this one out..

Whatever the issue maybe, even if it’s the customer’s fault, a store manager at that should not just yell at customers – unless the customer is some sort of terrorist, perhaps threatening other customers, or just simply destroying company property.

But then, Ruby’s issue was just a simple case of not hearing Melissa’s staff asking her name to put on her cup – as she was preoccupied opening her reward app that she’d use to pay for her order..

Yet just like that, Melissa started shouting at her in a bad way. Later, even accusing Ruby of ‘stealing’ the straw – Wow!

Hmm… It’s been 3 weeks now, Starbucks must have fired Melissa already. Still, what’s happening to Starbucks? Issues have just been popping like mushrooms. They better do some workshops, and probably review their setup as well.